The Keshet Award for Contemporary Art is presented every two years, over a period of ten years since 2016, to an Israeli artist, in support of one exhibition out of the Herzliya Museum of Contemporary Art’s annual program. The selected exhibition is curated by an international curator, in a bid to foster a significant dialogue that may lead to the forging of cultural bridges and new professional ties, thereby supporting and encouraging Israeli art. The Keshet Award for Contemporary Art is the first prize to be awarded by the Herzliya Museum of Contemporary Art, and we are most grateful to Keren Bar-Gil and Ran Avidan for their generous and significant donation.

Nathanja van Dijk is an art historian (University of Utrecht, University of Amsterdam) and an experienced curator and cultural entrepreneur. She was artistic director of Frankendael Foundation in Amsterdam (2012–2014) and of Concordia 21rozendaal in Enschede (2010–2012). In 2014 she co-founded the art institute A Tale of a Tub in Rotterdam, and served as its director until 2019. From 2019 to 2021 she was the executive director of Kunsthal Rotterdam, one of the leading cultural institutions of the Netherlands. Since 2009, Van Dijk has also been working, both in the Netherlands and abroad, as an independent exhibition curator and advisor for various corporate and private collections. 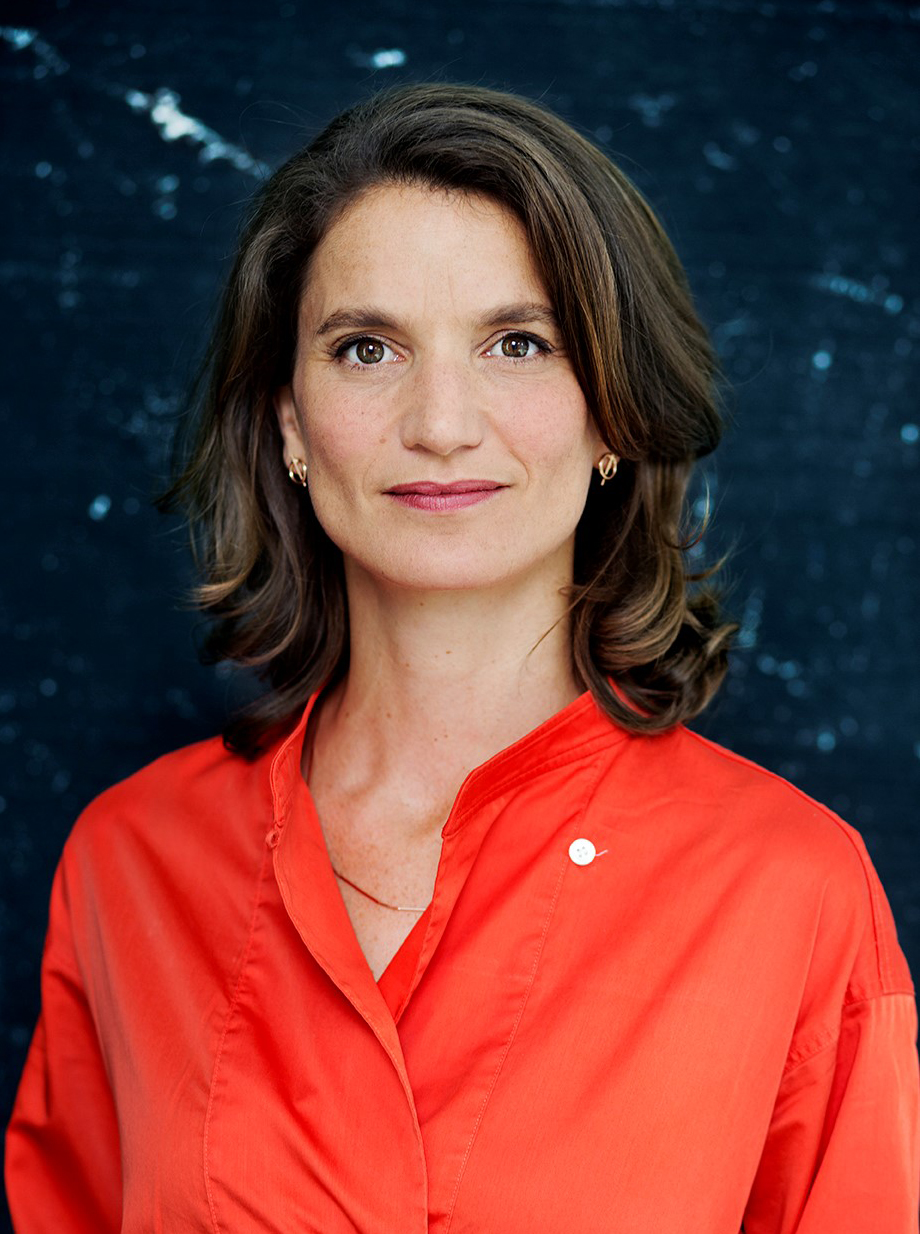 Yael Frank’s exhibition will be curated by Mr. Paul Hobson, director of Modern Art Oxford in Oxford, England. Hobson has over 20 years of experience in senior roles at the Contemporary Art Society, The Showroom, Serpentine Gallery and Royal Academy of Arts in London. He is the director of Modern Art Oxford since 2013. The museum has been presenting inspiring exhibition of contemporary art for more than 50 years. It was founded in 1965 and in 2002 changed its name to its current one to better reflected a dynamic, changing program of temporary exhibitions, many are ground-breaking, rather than a museum with a permanent collection. Modern Art Oxfords considers today to be one of UK’s leading contemporary art organizations. During Hobson directorship the museum had solo shows by Barbara Kruger, Jeremy Deller and Kiki Smith to name a few.

Following in-depth studio visits and meetings with the award candidates, Hobson selected Yael Frank and her proposed project. He stated that: “Yael Frank has a well developed and reliable project, with a clear concept. She creates playful yet complex metaphors and situations that she complicates through absurdist juxtaposition. Her work has energy, charisma and a sense of fun. Frank explores the shift between text and meaning, sculpture and architecture, object-relations and affects in the 21st century.” Frank solo show will open on November 2020 at Herzylia Museum of Contemporary Art.

Yael Frank (born 1982), lives and works in Tel Aviv. holds MFA from Bezalel Academy of Art and BA from Copper Union, New York. She is the recipient of 2017 ‘Ingeborg Bachmann Scholarship established by Anselm Kiefer’ – Wolf Foundation, and is a resident at Artport residency program for 2019-2020. Over the last years she received grants and support from Artis, Ostrovsky Fund, Rabinovich Foundation and Mifal HaPayis. She exhibited in group shows in Israel and abroad – at the Tel Aviv Museum of Art, FuturDome Milan, House of Art Brno, The Israeli Center for Digital Art Holon, Petach Tikva Museum, Zachenta National Gallery of Art Warsaw, to name a few, and solo show at Artists Workshop Tel Aviv, Hezi Cohen Gallery Tel Aviv and Labyrinth Gallery Lublin.

Hila Amram’s exhibition will be curated by Dr. Małgorzata Ludwisiak, director of the Ujazdowski Castle Centre for Contemporary Art in Warsaw. Ludwisiak is an art historian, critic, and curator of dozens of one-person and group exhibitions. She has served, among others, as deputy director and senior curator at Muzeum Sztuki, Lodz; artistic director of the Lodz Biennale; and chief curator of international contemporary art festivals and events in Poland.

Following in-depth studio visits and meetings with the prize candidates, Ludwisiak selected Hila Amram and her proposed project. Amram’s project combines marine nano-biological research and the pirate activity of hackers who pursue this field on the Internet. This subject matter will also inform her 2020 exhibition at the Castle Centre for Contemporary Art in Warsaw.

Hila Amram (born 1976), lives and works in Tel Aviv. She is a graduate of the Bezalel Academy of Arts and Design, Jerusalem, and of the Advanced Post-Graduate Fine Arts Program at the Midrasha School of Art, Beit Berl College. She has held one-person shows at the Artists’ Studios, Tel Aviv; Dana Gallery, Kibbutz Yad Mordechai; and the Museum of Israeli Art, Ramat Gan. She has participated in group shows in numerous venues, including the Petach Tikva Museum of Art; The Israel Museum, Jerusalem; Eretz-Israel Museum, Tel Aviv; Glass Museum, Venice, Italy; and the State Darwin Museum, Moscow. Amram is the recipient of grants from the America–Israel Foundation; the Israel Lottery Council for the Arts; and the Rabinowitz Foundation for the Arts.

A professional committee of artists, curators, and scholars has selected ten artists as candidates for this year’s prize. The committee members include the prize’s founder and donor, Keren Bar-Gil; the curator Yona Fischer; the artist Prof. Yitzhak Livneh; the artist Zoya Cherkassky; and the art researcher and curator Dr. Yael Guilat. Following visits to the candidates’ studios and indepth conversations with them, the curator Louis Grachos finally chose Guy Goldstein and his proposed project for this first exhibition. Much to our delight, the connection between the artist and the curator has also resulted in an invitation extended to Goldstein to exhibit his works at The Contemporary Austin in 2019.

Guy Goldstein was born in 1974, and lives and works in Tel Aviv. He has a bachelor’s degree from the NB Haifa School of Design and a master’s degree from the Bezalel Academy of Arts and Design, Jerusalem. Goldstein is known as a sound and installation artist, whose unique language translates, through innovative technological means, visual image into sound and vice versa.

The curator Louis Grachos has had an extensive career in the field of contemporary and modern art in the United States. He has curated exhibitions for many artists, including Clyfford Still, Sol LeWitt, Chuck Close, and Francis Bacon, and among contemporary artists Monika Sosnowska, Jim Hodges, Ryan Gander, and many others.

He served as the director of the Albright-Knox Art Gallery in Buffalo, New York, and SITE Santa Fe, New Mexico. In his current position as the director of The Contemporary Austin he has spearheaded its significant development and expansion.