Amir Fattal | Letter from Mr. Faustus – Seven Adaptations from Berlin | Back to Berlin

Fattal’s video work From the End to the Beginning is based on a live performance of Richard Wagner’s Vorspiel und Liebestod sequence played in reverse order. By copying the last note as the first and proceeding in this order, a new “mirrored” musical piece was formed as an arrangement for nine instruments and a soprano. Liebestod is the final and dramatic aria from Wagner’s Tristan und Isolde, sung by Isolde after Tristan’s death. Performing this specific piece backwards is thus an attempt at resurrection. It reflects on the power of music to transcend a reallife situation or the possibility of reversing the ultimate irreversible – death itself. The video version of this performance was filmed in the big hall of the Berlin Funkhaus, built in the late 1950s as East Berlin’s new radio station, after musicians could no longer travel freely between the two sections of the city. It depicts a journey into the soprano’s inner world during the recording of the piece, as she remains in Isolde’s character. 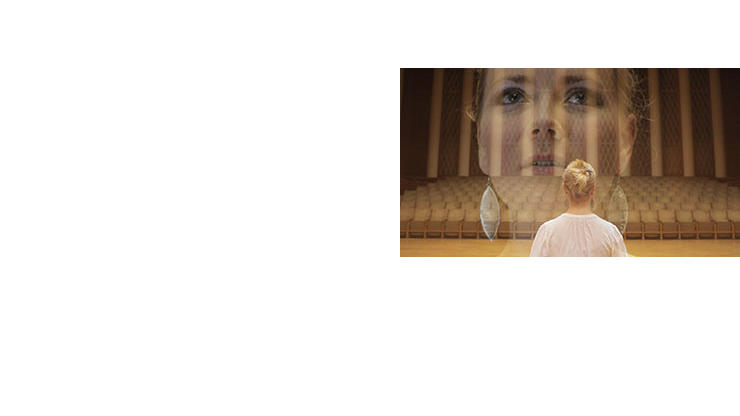