The role of the museum curator has changed greatly over the years. Currently, this role definition stretches from the curator as an expert in charge of historical research and archival classification to a view of the curator as a cultural agent and creative initiator. The project “Curatorial Exercises” seeks to expand and challenge the range of the curatorial endeavor. A group of talented children aged nine to eleven have responded to our invitation on the social media, undertaking an educational journey whose culmination is an exhibition curated by them. As an alternative educational practice, curating opens up countless fields of knowledge through experience that is visceral and intellectual at the same time. For us at MUZA, the museum’s educational wing, it has been an opportunity to learn from the children’s direct encounter with the art works and gain a fresh perspective. The exhibition is therefore an invitation to a renewed encounter with the collection of the Herzliya Museum of Contemporary Art. 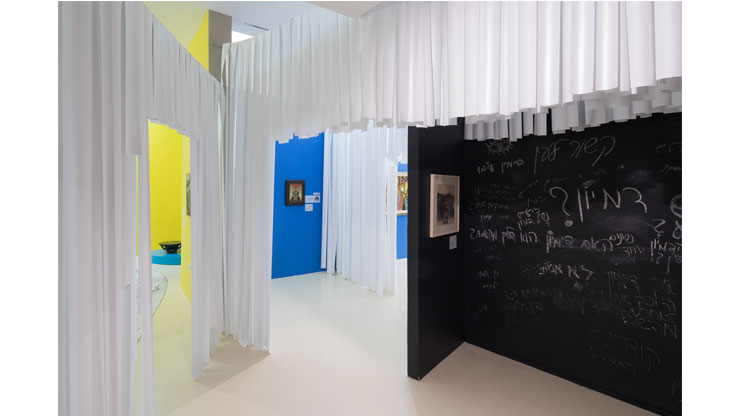 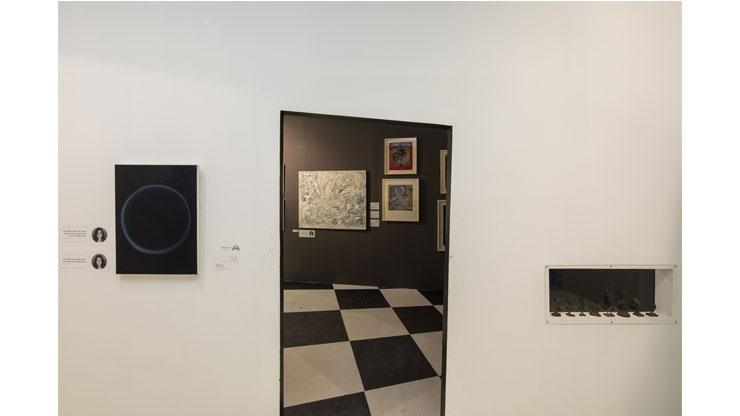 For six months, the children took part in bi-weekly sessions in the museum during which they engaged, under professional guidance, in planning an exhibition from the museum’s collection. The process included choosing a subject, selecting works, researching them, installing them in the gallery, designing the space, and planning the means by which the works could be made accessible to the public. The young curators visited the storage facility which houses the museum’s collection and reviewed hundreds of works. They met professionals specializing in a number of fields, such as collecting, restoration, research, curating, and exhibition design. They took part in many activities that encouraged brainstorming and focused on their point of view. The young curators were divided into three teams, each in charge of curating an exhibition. The current show is comprised of these three exhibitions, whose subjects were decided on by the team members. In addition, the curatorial process was accompanied by discussions with the exhibition designer, Neil Nenner. He tried to understand how children would like to experience a museum show and how to best manifest their ideas in the exhibition design. Finally, the children prepared an audio guide for selected works.

The Torn Lines of the Heart

The subject of the exhibition is intense emotions. The curators engaged with the ways by which emotions are expressed, with special emphasis on the connection between powerful emotions and the physical body. They asked questions such as whether one can feel without noticing, how do emotions affect us, and what is the origin of the expression “broken heart.” In addition to the art pieces, a video is on view, documenting a performance by the group in which they express emotions evoked by the exhibited works of art.

The curatorial team of this exhibition engaged with the inner consciousness. They pursued notions such as emptiness, dreams, forgetting and remembrance. In addition, they discussed the ways by which imagination distinguishes between people yet also binds them together. Other concepts touched on included the distinction between imagination and reality, and the connection between imagination and the senses, sight in particular.  They selected works that, to their mind, represent the elusive, mysterious, deep nature of consciousness.

The exhibition stacks layers of thought about landscape, history, and feelings. At the same time, it triggers a discussion of the horizontal state as a representation of emotional and cultural situations.  The curatorial team was also interested in the relation between the art works’ materiality and their significance. They wondered, for instance, how do earth and landscape represent feelings and sensations; whether there is a connection between tiredness, boredom, and sadness; what are the layers of sleep; and whether memory is layered. 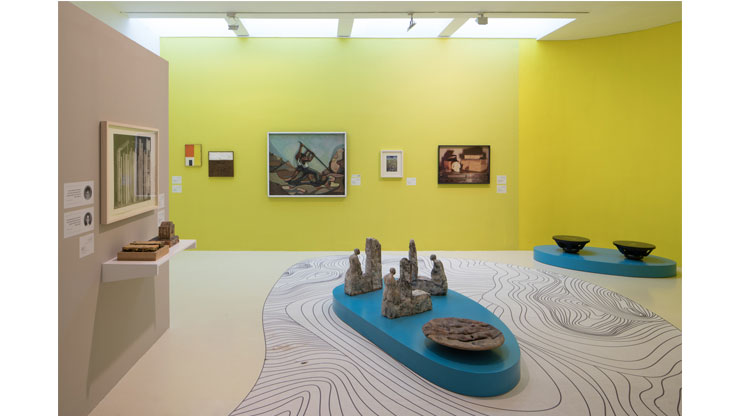