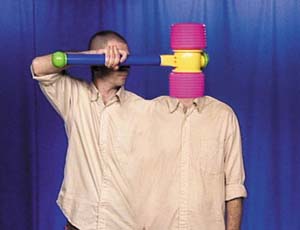 […] The film’s main image is that of Siamese twins, brothers-in-blood who are also brothers-in-arms. It is a verbally simple and visually rich image that introduces the figure of symmetry into a political discussion. It strikes the filmmaker’s political opinions, for it does not allow the casting of unequivocal blame on one party. One may distinguish between the evil brother and the good brother, yet having two heads and a single body makes it a package deal – brothers-in-blood. Symmetry is the enemy of decisiveness, but it is also the mother of maturity and sober insight. The great value of symmetry lies in the fact that it is unacceptable to both parties. The inner wrestling which acquires a dual-face is the essential difference between propaganda and a true political film. Unfortunately, we have become accustomed to seeing propaganda films here and not to notice the political failure and the simplicity inherent in them. We have become accustomed to seeing justice that has no brothers, lonely righteousness without blood relatives. All these fears are adjoined here by the fear of propaganda. […]
In films made by settlers there are no Arabs, and in films by Arabs you see no Jews and no terrorist attacks, and in films by leftists the corruption inherent in power and authority is made perfectly clear and the history of fear is forgotten. And here is a different film that begins with the moment when the wrestlers embrace for rest, a moment that grants them both victory, or at least, a shared loss.

The film has scenes that convey strong feelings of character traits leaking between the intertwined bodies. The choice of twins as a pivotal image stows the militancy away. How can one come close to the locus of evil without legitimizing it? How can one understand in depth, without generating stuttering or confusion that someone, say a brother-in-blood, might perceive as accord? It is very difficult, perhaps even impossible to do so, but in a sense, time and art lead us to the place of weighing and doubt and the opinion that oscillates like scales, and we owe it to ourselves not only to reopen the wounds, but to go deep underneath. It is a maturation film of farewell to the short way; not a farewell from the right path, but from the lightness with which we take sides.

Obviously, we are us and our brothers are the Palestinians, but the analogy has yet another analogy that renders it an allegory: the image of the Siamese twins prompts us to seek a decision within our own body. First we must explore the fact that we are brothers-in-blood to the settlers and their rabbis, and then each of us must ask himself: where, along my right half does the fascist and the racist and the avenger within me, the simplistic and the cowardly as well as the lenient and the compromiser hide, demand and bully? How, if at all possible, can I kill the racist within me, without killing myself?

Like zoom-in and zoom-out, the film deals with the micro and the macro, the private and the national, the local and the global. With mature cruelty that is not one-dimensional, it allows the viewer to cling, for one moment, to his principles, beliefs and truths, and the next minute, based on the evidence and news information, say: “This is how everyone acts; this is the way of the world. We don’t know how to be better than others,” and adorn this entire jumble with thoughts about no-alternative and no-other-way. And after resting, one can and ought to return to the exacerbation, the accusation asserting that not everything is symmetrical: one is strong and one is weak, one shoots and the other falls, one is an occupant and the other – occupied. As much as introspection holds one back and confuses, it is nevertheless the heart of political criticism: first of all self-criticism. Perhaps this is all we can do to refine the torments of criticism, although in the lack of self-love, it is dubious whether any measure of compassion toward the other can be obtained at all. […]

Excerpts from an essay by Yair Garbuz in the exhibition catalogue