Hollow Heart examines various deformities through the aesthetic presentation of different diseases. This installation includes a projection of old slides, which were photographed in Germany several decades ago. Together, these images form an archive of diseases and deformities that affect different parts of the potato plant, including the leaves, roots, and so forth. Hollow Heart, the title of this work, is the name of one of the featured diseases, which involves the appearance of a black, star-shaped hole at the center of the tuber.

The slides, which are presented as if to accompany a lecture, form a photographic archive. This scientific, typological project also has sociological and political implications, given the important nutritional role played by potatoes ever since their arrival in Europe in the first half of the 16th century. This role was most famously evidenced by the disastrous effect of a disease known as “potato blight,” which caused the Great Irish Famine of 1740 and resulted in the death of approximately one million people.

The artistic significance of this project may be understood in the context of New Objectivity, and of the photographic practices that developed in Germany between the two world wars in an attempt to create a pure photographic language that did not rely on the language of painting. During this period, photography was thought of as more precise and objective than painting, a medium that may also be used as a form of propaganda. In this context, photographers attempted to emulate scientific forms of documentation of the kind associated with the fields of zoology and botany.

Hollow Heart’s use of readymade slides created by a botanist, and their transformation into an artwork detached from their original context, challenges accepted definitions of art. The presentation of this archive of potato diseases, moreover, underscores the tension between the beauty of the images and the historical resonances of a German study concerned with cataloging different defects in an attempt to eliminate them. 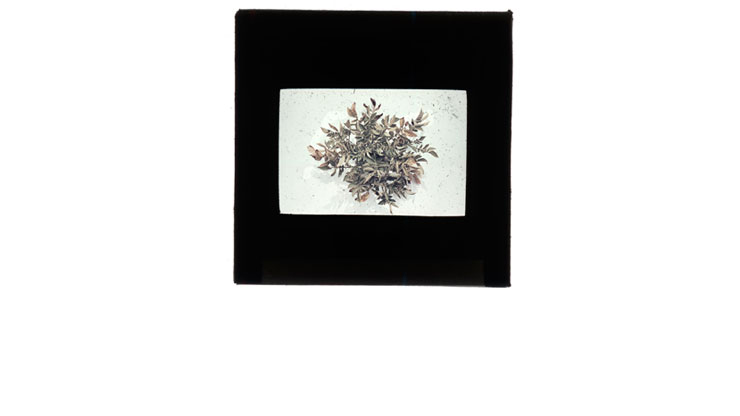