Eventually We’ll Die | Young Art in Israel of the 90s 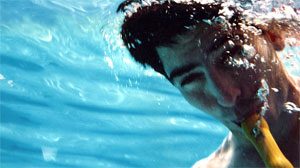 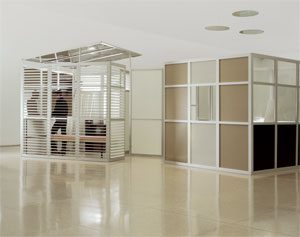 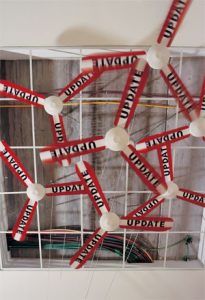 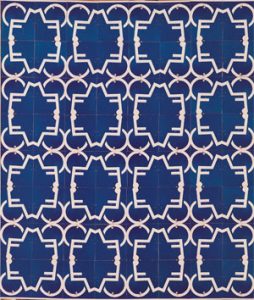 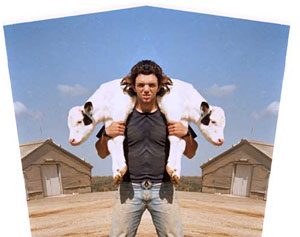 The concluding decade of both a century and a millennium, the 1990s in Israel were characterized by a cultural boom, fueled by the euphoria over the Oslo Accords and the dream of a New Middle East, and by an opening to and cultural simultaneity with the world at large. This decade will also be remembered as the unrequited moment of this hope regime; a decade saturated with turn-of-the-century existential anxieties, bracketed by two intifadas (Palestinian uprisings), and split open by the jolting, formative event of a Prime Minister’s assassination. Within this range, and in the face of a near-total absence of real market economy, Israel saw the emergence of art centered on cosmopolitan concerns, art which stepped on the affectivity pedal with full force, spectacularizing and fetishizing the art object. This passion for visibility and spectacle gave rise to art which was, at the same time, rife with catastrophe, bodily desistence, and fear of death, with alertness to the horrors of the Occupation, the killing, and the humiliation. The 1990s were also the decade in which Israeli art (set against a considerable hostility between theory and praxis) most distinctively assimilated the postmodern discourse, in the form of extensive preoccupation with the politics of identity, feminism, Mizrahi identity and Orientalism, homosexuality, the subject’s deconstruction as a cohesive, homogenous construct, preoccupation with the body in its most inferior, abject contexts, and critical engagement with the field’s power structures, art’s interrelations with capital, and art’s affinities with design, technology, politics, and architecture. This is also the decade which marked the return of video as a major artistic medium alongside a prosperity of photography and a sweeping presence of the installation medium, especially site-specific installations.

The exhibition juxtaposes canonical works that have cumulated intense visibility with works that have remained hidden and marginal, even if they efficiently represent the artistic endeavor of a given artist; it showcases well-known works alongside new variations on old works, reference alongside reconstruction, mapping alongside distortion. Artists who have, over time, come to be identified with a specific medium, are represented by works in other media in which they engaged during the 1990s, and artists who have left the field of art altogether return to exhibit in this show. The exhibition further presents works from the 1990s by two artists who do not belong to the generational cross-section of the participating artists-Arnon Ben-David and Michael Sgan-Cohen. Their presentation is a necessary interruption of the generational order, underscoring themes whose presence deviates from its bounds.