The Mundi_Lab Group, which holds a research workshop at the Technion’s Faculty of Architecture in Haifa, is hosted for three months by the Herzliya Museum of Contemporary Art. During this time, the group will explore a number of aspects related to the physical and conceptual ties between the museum and the public space around it, both near and far. The group’s research focuses on the relationship between, on the one hand, artistic and design acts and, on the other hand, the community and social fields that constitute the fabric of public space. In doing so, it explores the potential role of art and design as mediators between the social and technological worlds. At the museum, the group will hold actions with the participation of Herzliya’s veteran population, and explore social and technological surveillance. A key element in the group’s actions will be to accentuate the connection between the museum and the adjoining Beit Yad Labanim memorial to fallen soldiers. 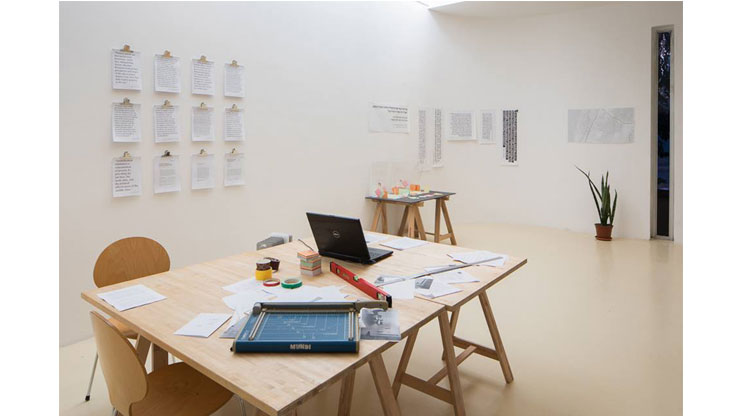 This will be achieved by various means, such as peeling off the layer that seals the doors between the two venues, removing a wall to expose the external cement wall of Beit Yad Labanim, connecting the two spaces through sound, and site-specific screenings.
The gallery where the group will work is to serve as a multifunctional space for research processes, meetings, and presentation of research products. Its appearance will change on a weekly basis, depending on the development of the explorations conducted. Once a month a key event will be held, during which group members will present their research to the public. In addition, the group will hold in the museum and throughout the city activities related to research projects pursued by individual members or by the whole group. Toward the end of the period in question a concluding event will be held, during which the group’s findings and insights gleaned from the whole process will be presented and discussed with the public.