John Bock | Letter from Mr. Faustus – Seven Adaptations from Berlin | Back to Berlin

Born in Germany in 1965, lives and works in Berlin

This cinematic reanimation fuses several adaptions from filmic milestones such as The Cabinet of Dr. Caligari (Robert Wiene, 1925), Nosferatu, Eine Symphonie des Grauens (Friedrich Wilhelm Murnau, 1922) and early Frankenstein films. Im Schatten der Made (In the Shadow of the Maggot) tells the story of an artificial creature, its love to a human and persecution by a manic priest. Professor Lehmbruch creates the automaton from biological materials in the semblance of a human. As the Professor’s daughter Merle gives the android the waking breath of life, they fall in love. The fanatical priest does all he can to end this forbidden relationship: he prosecutes the scientist for his experiment and stalks the lovers. The android is brutally punished and destroyed for the crime of falling in love with a human, while his lover Merle is incarcerated and humiliated. In the utmost secrecy, Merle attempts to recreate her lover’s body out of saliva and bread, with surprising consequences… 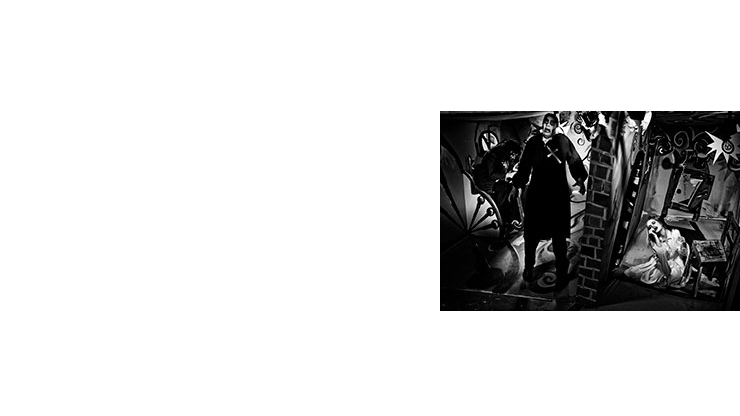