Justine Frank | The Angel of History

Justine Frank is a Belgian-Jewish surrealist who lived in France in the 1920s and 1930s and worked alongside major French artists and thinkers at the time. After years of oblivion, Roee Rosen revealed her plastic works and a novel she wrote. The nature of Rosen’s project blurs the line between reality and fiction, documentation and fantasy, past and present. 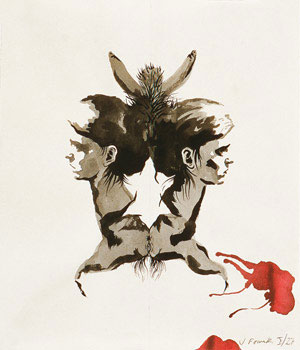