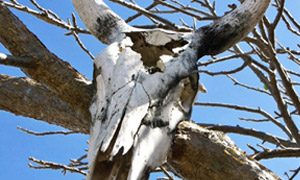 Malala Andrialavidrazana began exploring the necropolis when she studied architecture in Paris, in a course which led her to the point where architecture intersects with art and anthropology. The impression, cumulated from observation of the series, documenting grave structures and traces left after burial rites throughout the world, is akin to wandering among burial sites, like a travelogue which is also a roots journey. The restrained documentation exposes fascinating burial customs characterizing the different ethnic groups in Madagascar, the artist’s homeland. They are all underlain by living relatives’ worship of the dead, which is shared by all Malagasies regardless of their religion or economic status. At the same time, the photographs offer a wealth of nuances and differences between the different faiths, mapping the social structure through Malagasy death rituals.

The project d’Outre Monde was created during a cross-world voyage from Buenos Aires to Hong Kong, through New Zealand, Australia, Indonesia, and Vietnam. The series focuses on the documentation of cemeteries which the artist identifies as the city’s negative sphere – the necropolis versus the polis. The new cities of the post-colonial era tower above cemeteries that echo traditional residential areas, surrounded by nature that threatens to swallow them up. The juxtaposition between traditional burial sites and modern cities that transform into a backdrop reinforces class and economic differences, and the tension between past and present in these countries.

In the project The Ancestors’ Land, Andrialavidrazana, who lives in Paris, returned to her homeland. The series’ original title, Tanindrazana, which is part of the Malagasy credo, may be read both as “homeland” and as “ancestral land,” “the land where one’s ancestors are buried.” The series focuses on documentation of remnants and traces left after the performance of burial rituals customary in Madagascar – from sacrifice of victims, ritual use of blood, offerings and personal items presented to the dead, through Catholic, Protestant, Muslim, Sikh, Animist, and Buddhist rituals. Despite the diversity and wealth of the customs documented in the series, the most powerful sensations it elicits are rather ones of lack and absence. Andrialavidrazana depicts Madagascar as an empty country, as if the land itself were truly the land of the ancestors, filled with their graves, and only burial rites attest to the presence of the living.

Malala Andrialavidrazana (1971) was born in Madagascar. Lives and works in Paris.