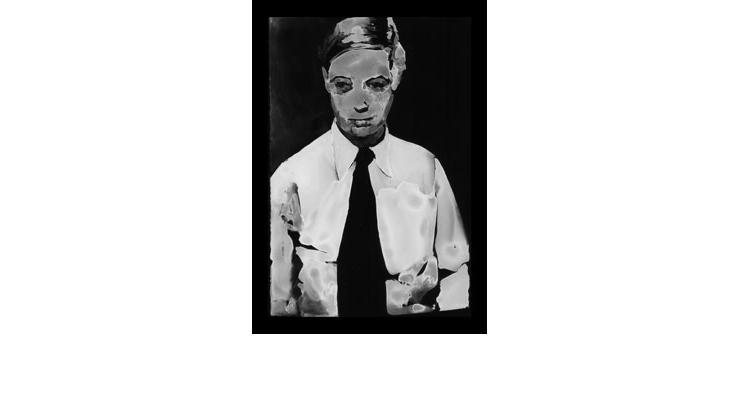 Matt Saunders is interested in the performative aspects of contemporary human behavior, and in exploring how different images – mostly portraits of people or performances – can be embodied in a range of materials.
Saunders creates paintings, drawings, and video works that focus on those moments when the performance breaks down, and when people momentarily stop playing their familiar roles. He often engages with the life and afterlife of various films, based on Polaroid snapshots of film stills taken directly from his TV screen. These images are subsequently translated into paintings rendered in layers of translucent oil paint on Mylar, and capture those moments when screen actors and other celebrities slip from their public roles and become “regular” people.