From the series Obama’s People, 2008, photographs 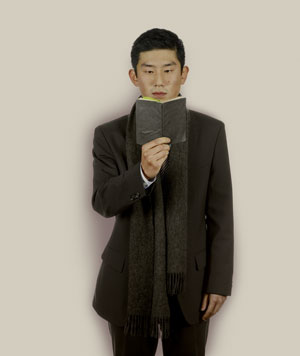 In December of 2008, Nadav Kander was sent by the New York Times to photograph key members of Barack Obama’s inner circle. The photographs were taken about one month prior to Obama’s official inauguration, and a sense of tense expectation is evident in the faces of Kander’s subjects. The people were all photographed in an identical manner, against a white background that detaches them from a specific time and place. At the same time, they are each distinguished by their economy of gesture, and by the choices made in front of the camera, the clothes they wear and the accessories introduced into the picture. It is easy to notice the difference between experienced subjects, such as Hillary Clinton and Joe Biden – two celebrity politicians with carefully practiced manners and poses – and between those being featured in the media for the first time.