No World Without You

Home | Exhibitions | No World Without You

No World Without You | Group Exhibition 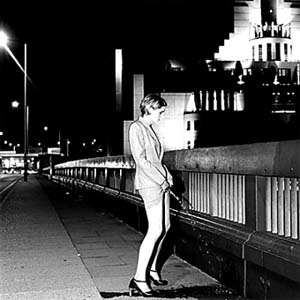 The change that has taken place in British photography in recent years is especially evident in terms of content. It is characterized by a different approach to reality and to life itself, directly expressing themes and paradigms from everyday life and directed to the home and the family. The desire to show what is going on inside the house has been a source of inspiration for many artists. Photography is endowed with the ability to observe reality from a distance and at the same time penetrate it, document the human, weave a real and existing sense of an exposed and unresolved, familiar yet mysterious life; a reality as it is and as it is created in the image of the beholder. The feeling is sharpened that life and art have reached a critical meeting point, a point of melting and detachment from the private space to the public space.

Although no theme dictated the choice of works, a thin line – sometimes visible and sometimes invisible – unites all the works into the same therapeutic and artistic move, a move of search: for both the self and the other.

The need to build a personal identity is a powerful engine that accompanies the person throughout his life, in the spirit of Erich Fromm’s statement: “The need for a sense of identity is a vital and necessary force that a person cannot remain sane without finding some way to provide.” The exhibition No World Without You is about search, the need to find the significant other in our lives, another without which our personal identity cannot be formed.

Jacques Lacan argues that self-identification always occurs in relation to the other, since the self is created through the identification of the other in the mirror. Lacan’s theory opens with the “real” concept referring to union with the mother’s body, which is the natural state, which must be segmented in order to allow for the construction of culture. Once you get out of the “real” you can no longer return to it, although you always strive for it. This is the first element of irreversible loss or lack. Then comes the “mirror stage” that constitutes the “imaginary”. At this point the idea of the “other” begins to become clear, and the “other” is understood as a concept or as a principle of structure. This is how the perception of the “I” begins to form. The same “I” (as it is reflected in the mirror) is actually “other” however you mistakenly recognize it as yourself.
D. W. Winnicott, greatly influenced by both Lacan and European existentialism, discusses in his doctrine questions of human nature and human existence in the spirit of Kant’s question: “What is man?” Winnicott’s contribution lies in understanding the effect of external reality on internal reality. A person exists only in his relationships with others. An experience of meaningful reality and self can exist only in the context of a relationship with the other and in an almost complete dependence on the quality of this particular other.

The encounter with the other is, in many ways and in many cases, an encounter with the unnatural. Indeed, in many works one can clearly feel the unnatural atmosphere, a sealed, frozen, and alienated atmosphere, alongside feelings of absence and deprivation. And yet, the works contain a powerful emotion that invites the viewer to an emotional and intellectual experience. The issue of personal and cultural identity, the problems involved, and the characteristics of that identity have been extensively discussed in the past in a variety of theories and exhibitions, particularly in the last decade.

Naturally, the works in the current exhibition rely on personal-biographical characteristics and present them, along with a socio-political agenda. Although most of the works in the exhibition are based on staged scenes and they use actors (whether professional or not), the clear connection to reality is still maintained. Even if at first glance the appearance seems to be routine, another look at them deepens the insight and turns it into a sequence of more complex reflections on the meaning of life.

Nehama Gottlieb
The exhibition is supported by the British Council