In her work, Ways of Making Visible, Noa Gur (b. 1980) observes the inner workings of the museum and its hidden parts, and it is precisely there – where the museum is highlighted as a producer of the sovereign gaze, generating viewers who are adept at the civic viewpoint – that she finds a possibility of subverting the power relations inherent in this institution. Gur offers a space where two interdependent projections cast doubt on our viewpoint as observers, and to a certain extent, on the very space where we stand. The children on screen are active, projecting viewers, and simultaneously they are observed by us, subject to our gaze as they are revealed to us from the darkness.
As these active-and-acted-upon children move through the museum galleries, they provide a glimpse of the viewing configuration that Ways of Making Visible seeks to highlight. Like many other institutions established in the public realm in the second half of the nineteenth century, the museum – with exhortations for us to be quiet between its pale walls and broad spaces – preserves and replicates modes of social stratification and the establishment of political power. The museum directs us as observers through the texts that accompany the works on its walls, and through its demand that we marvel at its spaces. In effect, it steers us to the particular viewpoint that it seeks to create. 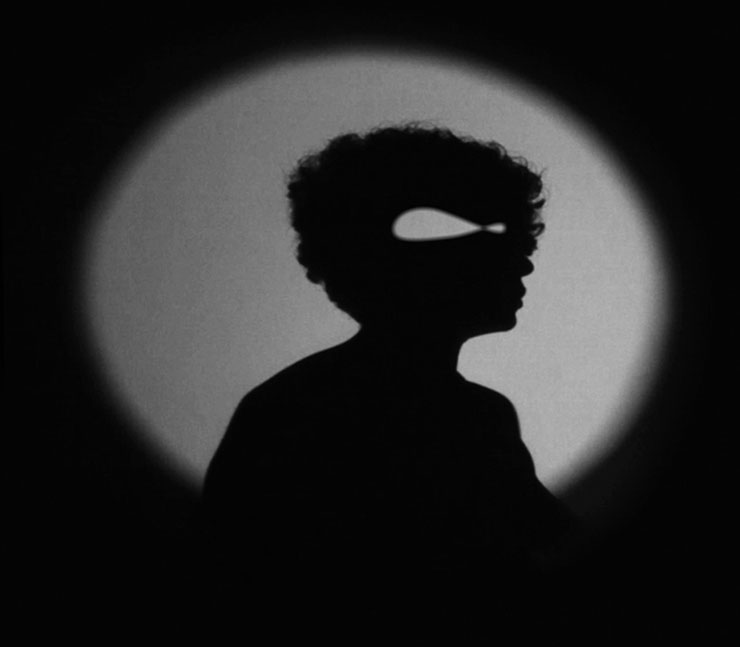 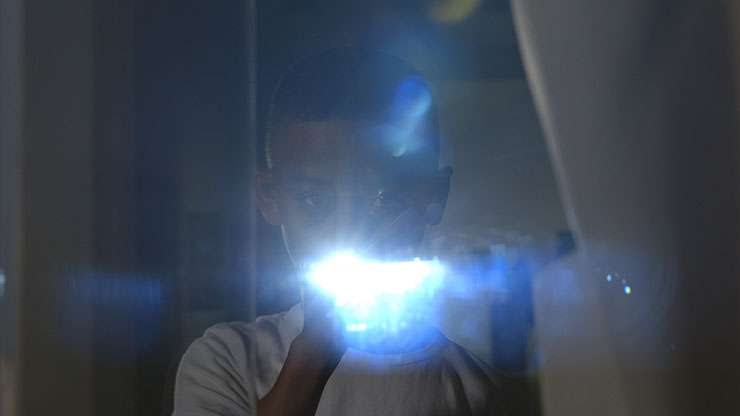 The formulation of the relations of gazing at the museum is intertwined with the meteoric rise of modernity, with technological industrialization, the population shift to towns and cities, and the precipitous rise of the bourgeoisie. Consequently, the museum as an institution is linked to the disciplining of the observing body. This body is summoned to its place not through public acts of punishment, nor by means of physical pain, but through its re-construction in space – i.e., by taking part in the new social and political order, in the state’s schemes, in the sovereign’s gaze. Here, of course, it is important to consider who is called upon to take part in the national entity that emerges in the face of the white wall and interpretive text. Who has access to the museum’s treasures? Who is it that may cross the threshold, the frame, and make sense of the exhibits within? Who is hailed inward, and who is kept outside? The children that appear in Ways of Making Visible study art at the Bialik Rogozin Elementary School in Tel Aviv, whose students include, among others, the children of refugees and labor migrants, many of whom have no permanent civic status. When Gur invites non-citizens to the museum and gives them the power to shine a light and animate what appears before us, she is subverting the performativity of the power relations and the mechanism of exhibition, as well as the gaze that these seek to preserve. As they burst out from the dark spaces of the institution, these active/controlled agents seek to recalibrate our viewpoint. Moreover, they are demanding, within the confines of the museum, an impossible visibility for themselves.
Loophole, too, explores the possibility of using “magic eyes” to undermine the bounds of seeing and examine display tactics. This self-portrait, constantly moving like a mechanical mannequin, offers itself as an ethnographic visual object that proclaims its otherness and its distinctiveness. Like the non-citizens, the artist herself claims a place in the museum’s space of visibility.