The title of the exhibition of works by Tal Slutzker (b. 1986) – “Now” – encapsulates the premise behind the selection of the works on view. It is also a reference to the Israeli periodical of literature, art, philosophy, and criticism of that name – in Hebrew, Achshav – and to its legendary editor, Gabriel Moked. To a large extent, the magazine echoes Slutzker’s intellectual desire to engage in dialogue with artists and thinkers from a wide range of disciplines (many of whose portraits he has also painted), and the divergent nature of his consciousness, that cross-references and connects different periods and disciplines, image and text.
At the age of fourteen, Slutzker left his middle school in the town of Herzliya for art studies at the Jerusalem Studio School established by the painter Israel Hershberg – an institution he describes as known for its Academic style of painting. He subsequently made a complete about-face and embarked on studies at the Midrasha School of Art, whose outlook is progressive and conceptual. Out of these two extremes, with feverish urgency, he has forged an intense, frenzied, multidisciplinary artistic language of his own, combining a consummate painting ability and powerful expression. In his works, an abiding attraction to classical and expressive painting and to art history is combined with experimentation with unconventional techniques and materials, a propensity to the written word, to literature and philosophy, and to charged symbolic imagery suffused with fantasy, beauty, madness, eroticism, and nightmares. 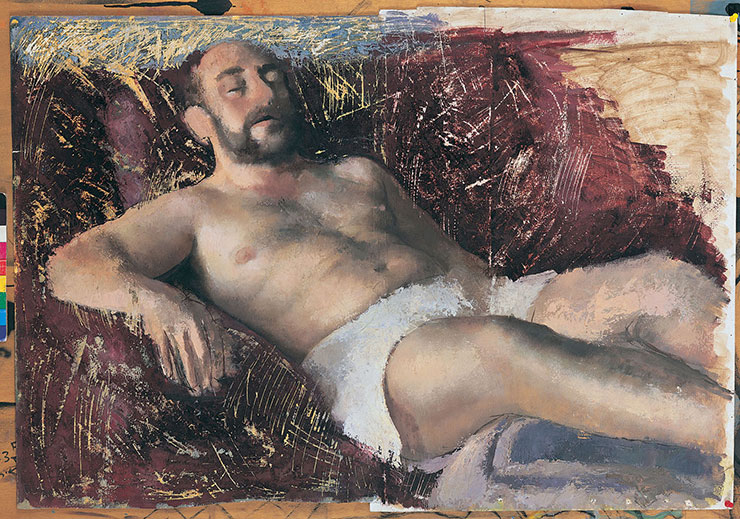 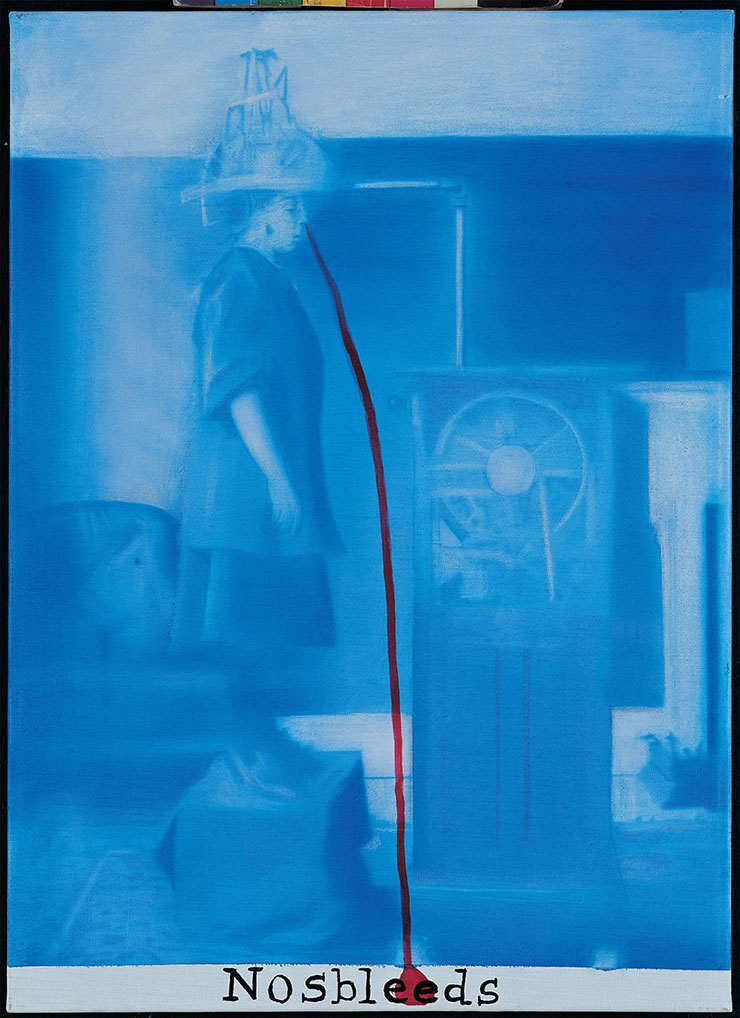 In Slutzker’s show, the line between Now and Then is drawn by the museological device of rooting the exhibition of his works at the museum in biographical artistic contexts – whereby the museum not only serves as a platform for display, but also offers a discursive space. In his childhood, Slutzker’s family lived near the museum, so they would frequently attend its exhibitions. On one of these occasions, in 1995, the young Slutzker was profoundly struck by an exhibition of the painter Zakhar Sherman (curated by Dalia Levin). Sherman, who was born in 1950 in Uzbekistan, studied painting at the Moscow State Pedagogical University and immigrated to Israel in 1990, showed spectacular Academic painting that, in postmodernist fashion, makes direct references to art history. One of Sherman’s works at the exhibition, Young Girl (1994) (fig. 1), which refers to the work of Jean Auguste Dominique Ingres (fig. 2), was donated to the museum’s permanent collection. Inspired by this exhibition, the young Slutzker decided to make painting his life’s vocation, and to adopt Sherman as his first art teacher.

Alongside Slutzker’s works, a documentary film is projected in which he presents his works while talking with the cultural researcher Eli Eshed, expressing his special views and personality.