Jacob Alkow lived an intriguing life full of upheavals, and art played a prominent role in it. The international eclectic collection is comprised of 43 works of plastic art in a variety of styles and techniques, most from the 20th century, with a minority of works from the 19th century and even earlier. A strong affinity for Judaism is evident from the collection – most of the artists, Israelis and non-Israelis, are Jews, and also the themes of many of the works deal with Jewish life. One might conclude that the life story of Alkow, a refugee from Russia at the beginning of the century who emigrated with his family to America, influenced the nature of the collection.
Another notable feature in the collection is the clear representation of American artists. Alkow had great respect for his adoptive nation and acquired a few key works by important American artists of the late 19th and early 20th centuries. Many American artists have studied in Europe and have been influenced by contemporary currents and schools, yet many works – albeit stylistically diverse – are an expression of a local spirit that has shown interest in everyday and American life: landscape paintings, rural and urban genre paintings, and urban realism.
The collection also includes some works by canonical European artists, whose works span periods and countries. 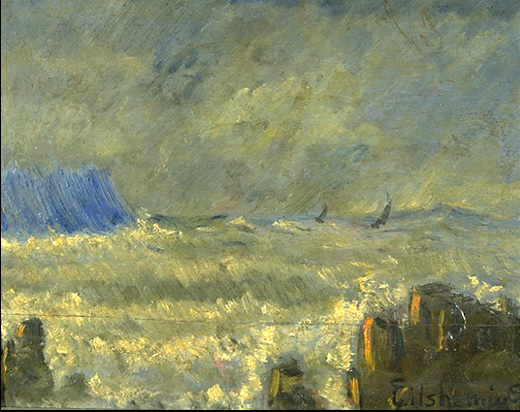 The New Jersey-born Jewish painter tended at the beginning of his artistic career to paint romantic landscape paintings inspired by the French Barbizon school, of which he was a follower. Years later Eilshemius abandoned realism and turned to a naive and stylistic allegorical expression. Seascape is an early work, and although painted in the realistic period, it has an expressionist spirit – there is no focusing on the object but creating an atmosphere through short and strong brushstrokes in contradictory directions that reveal the might of the sea, the infinite breadth of the sky and the storm hovering above. 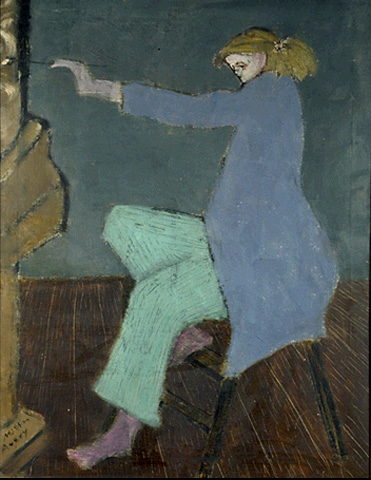 The work of the New York-based artist, Milton Avery, is marked by broad swaths of color and stylized forms, to capture the essence of a scene without fixating on details. There is an obvious influence of the Fauvist artist Henri Matisse.
The Female Painter Is, in all likelihood, Sally Michel Avery, the artist’s wife and a painter in her own right. 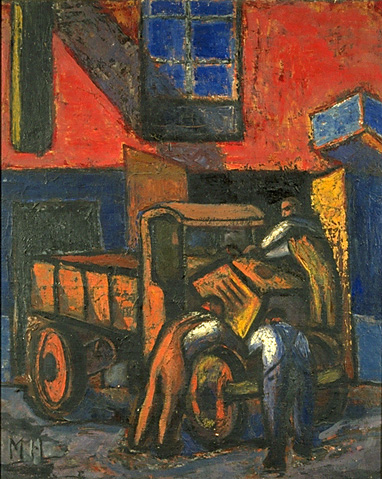 After returning to the state of Maine after two decades of wandering in Europe, Hartley resumed exploring the expressions of American life, its natural and urban-human landscapes. He strived to induce his paintings with a local character, which would express the rugged simplicity and sternness of his homeland. The entire painting responds to a rigid geometric discipline, the volume of the figures is limited, the colors are bright and the black contours are thick, and it is probably one of the works created at the time.

Raphael Soyer, Portrait of a Woman 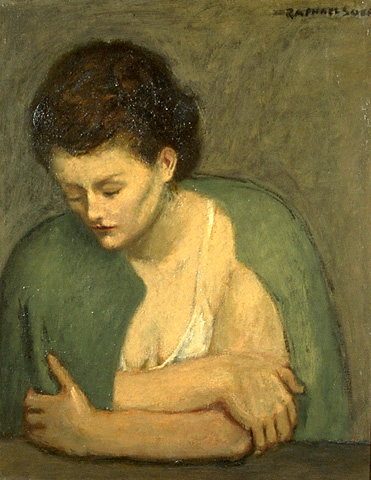 “I choose to be a realist and a humanist in art”, said Soyer, and his works attest to that. His descriptions of the years of the Great Depression in America, the poverty and accompanying unemployment, reveal a touching and compassionate view of the victims of the harsh times more than did the art of social protest that was popular with many of his contemporaries. People in general and women were a favorite subject of Soyer. In the beginning of his artistic career, he described women as universal figures, with no context of time and place, but throughout the 1930s, he characterized individuals and deepened the expression of the psychic aspect in dark and glum colors and dramatic lighting. 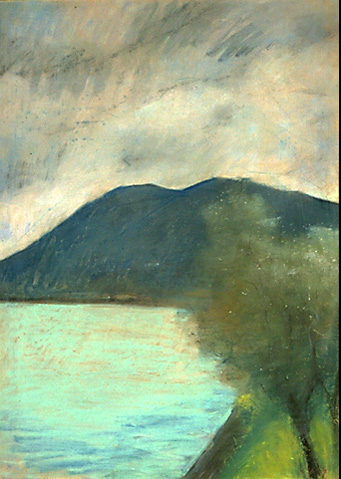 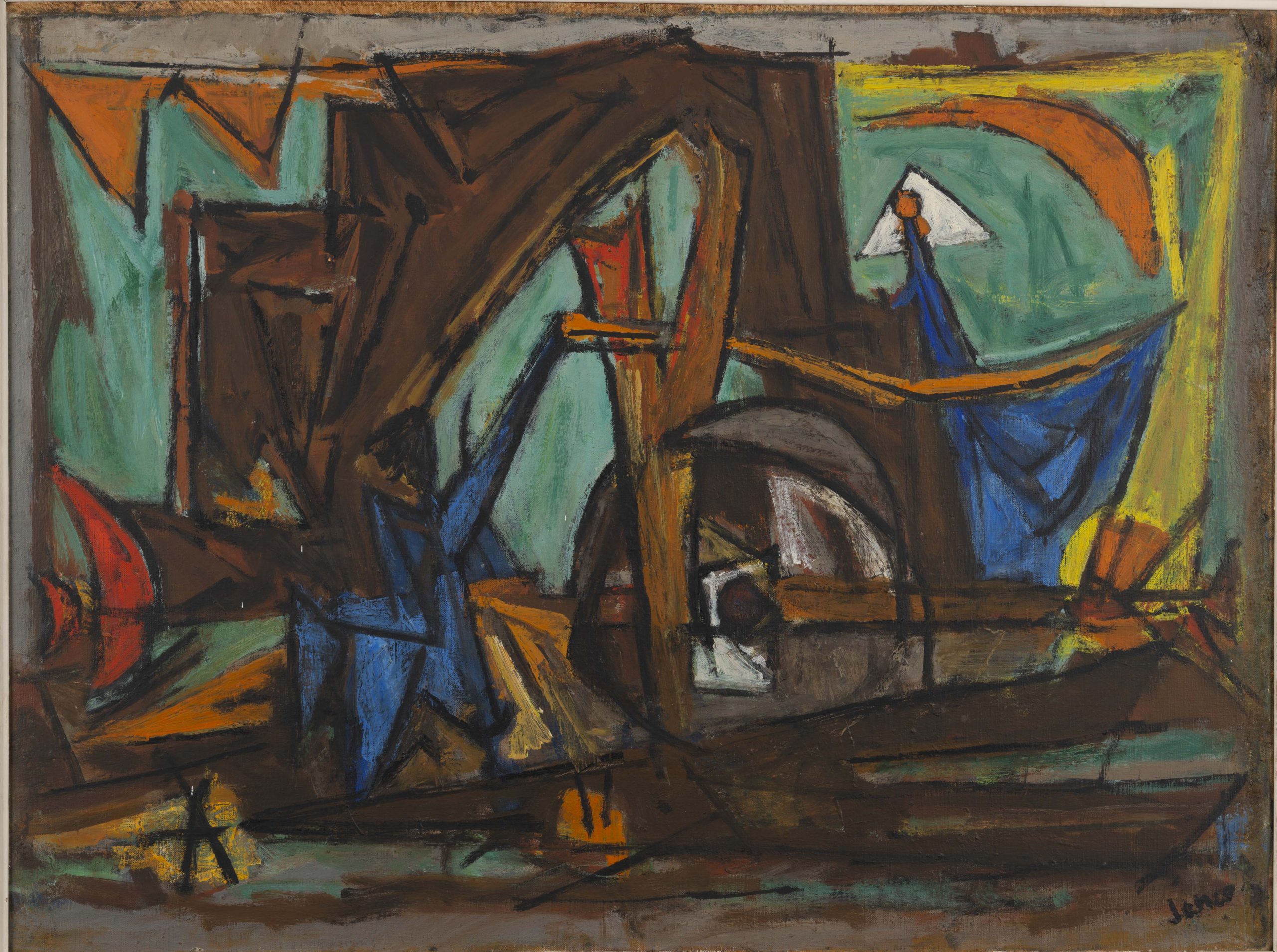 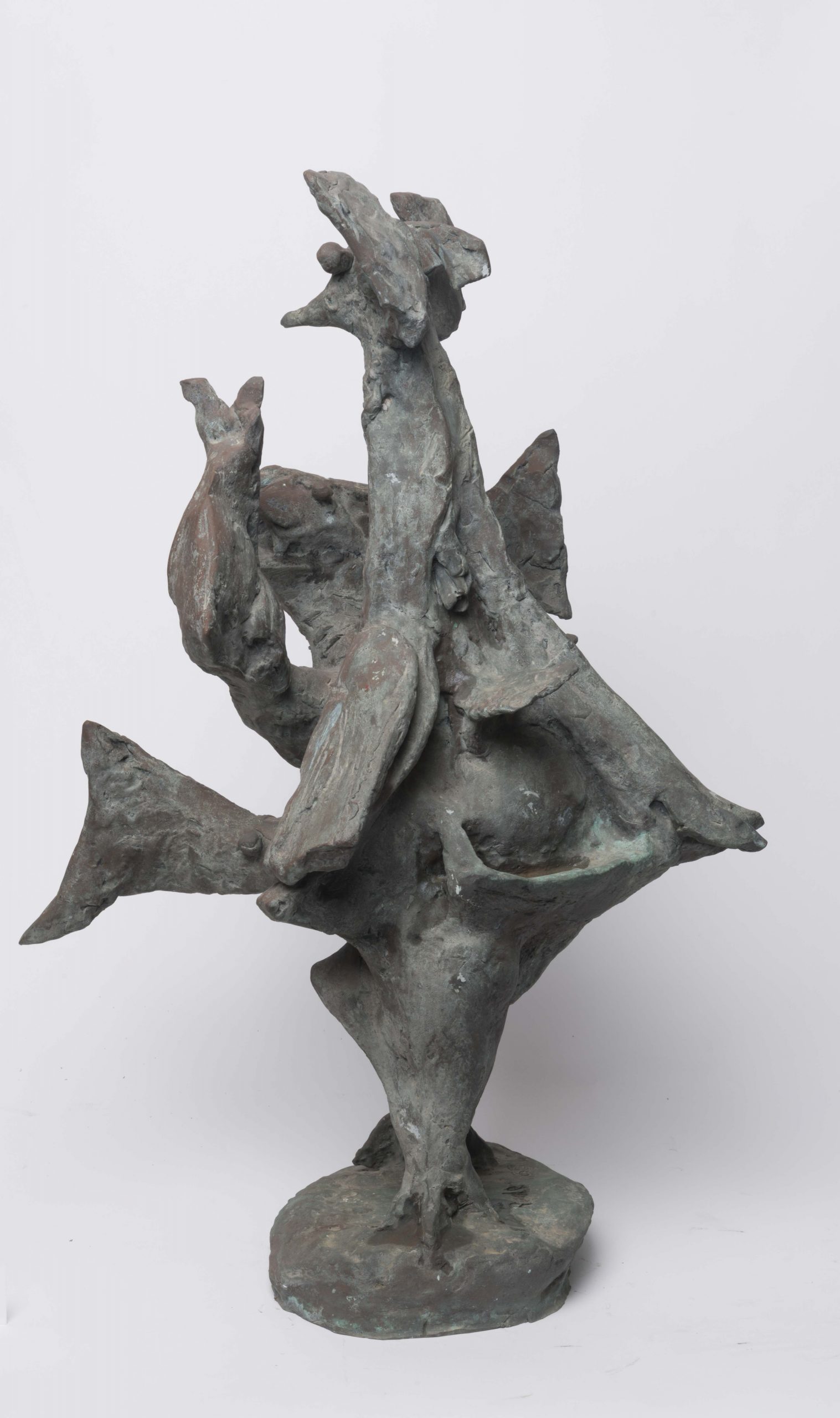 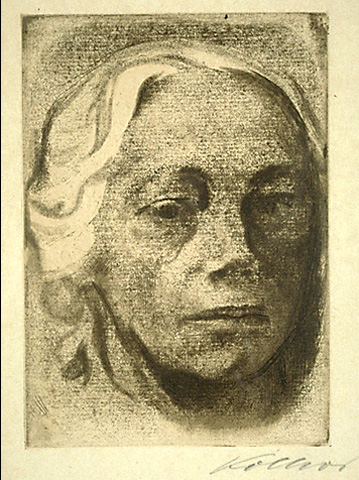 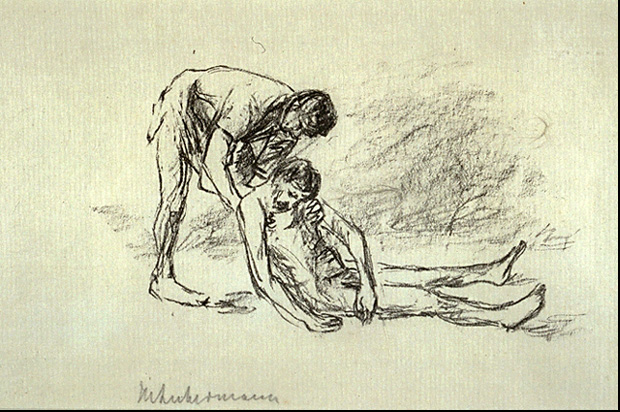