Jeebesh Bagchi born in 1965; Monica Narula born in 1969; Shuddhabrata Sengupta born in 1968, All live and work in New Delhi

During Raqs’ visit to the Dead Sea, it was the supersonic booms of a squadron of jets circling overhead that set in motion a creative process revolving around the meaning of salt in various cultural and historical contexts and as a philosophical and metaphysical metaphor. The key concept in this study is the notion of sediment in its metaphorical sense as denoting cultural and linguistic stratification. So, for example, salt appears in such linguistic expressions as “the salt of the earth” and the biblical “salt covenant”, or the Hindi expression Namak Haram (“disloyal to salt”), denoting an untrustworthy person. As a valuable mineral, salt carried crucial significance in economic and geographical networks up to the modern age, and therefore also symbolic significance – for instance, in Gandhi’s Salt March.

The preoccupation with salt carries symbolic meanings that cross cultural boundaries but also change dramatically from place to place – and for this reason serves Raqs well for the purpose of exploring the relations between localism and globalism.
The supersonic booms they heard over the Dead Sea reminded the artists that sound travels faster in saltwater than in freshwater because the bulk modulus – the measure of a substance’s resistance to uniform compression – of saltwater is higher than that of freshwater, and thus that supersonic sound exerts enormous pressure on the salt crystals. The same planes that are supposed to protect the sea and its salt, the artists surmised, could potentially harm it, and it is this ironic reversal of roles that lies at the heart of Raqs’ work and relates to their ongoing meditation on the tension between man and nature.

Courtesy of the artists.

In 2010, the members of Raqs Media Collective created a work that links Warsaw, Berlin, and Mumbai. Researching the histories of these three cities, the initiative brought them eventually to focus their attention on the historical character of Rosa Luxemburg (1871-1919), a Polish-German Jewish theorist and revolutionary, murdered by right-wing troops in Berlin after her failed attempt to lead a Communist uprising. The work’s title is a play on Luxemburg’s seminal 1913 book, The Accumulation of Capital.

Luxemburg’s biography and theories, alongside the industrialization of these three cities over the course of the twentieth century, led Raqs to create a mosaic-like narrative that succeeds in being at once imaginary and concrete. Familiar genres such as the nature movie, the detective story, philosophical dialogue and urban roaming are intermingled to create a fictional reality that is grounded in an actual economic, political, social and urban history, and which provides a platform for exploring the complex relations between these three metropolises as well as between nature and the human body on the one hand, and capital and economic systems on the other.

The catalyst for this work is the mystery surrounding the identity of the body buried in Luxemburg’s grave, which serves here as a broader metaphor for the preoccupation with the presence and absence of the human body and the way in which it receives meaning in the context of economic relations. This theme recurs throughout the work – for example, in Luxemburg’s botanical diaries and her understanding that the organic body alone is capable of escaping the framework of capital and of economic thought, as well as in the physical absence of the thousands of workers that once filled the industrial factories on the outskirts of the cities before they were abandoned and subsumed within the urban centers.

Courtesy of the Artists.

The project was organized by Goethe-Institut Warsaw, Polish Institute in Berlin, City of Warsaw, and co-financed by The Ministry of Culture and National Heritage of Poland and The Foundation for Polish-German Cooperation. 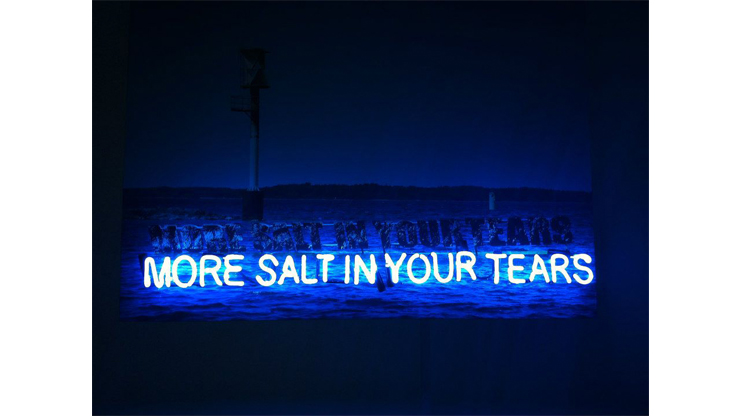